What's up with  Catalonia.

It is a complicated subject because there are many interests, but I will try to explain to someone from the foreigner what may be happening, from my point of view. 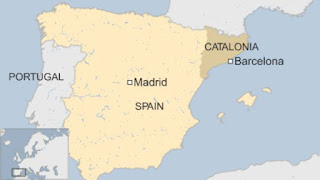 Madrid, along with Catalonia are the two most important cities in Spain, where there is a change in the economy where the middle class disappears. Things of geopolitics...

This situation tries to take advantage of the Catalans, 25% of the economy of the country to claim their independence and thus to be able to control their own resources. Of course! money money €$€$€


There is a very important fact, they have a language of their own with 10 million people who speak it, also in Valencia and the Balearic Islands.
That is very dangerous for large companies and banks, who fear losing more than 20% of users.

Just as in Germany and Italy a fascist regime was defeated 70 years ago, in Spain the dictator died in bed. Formerly he became the successor to democracy as Head of State to the current father of the King of Spain and the same father to his son.

I do not want Catalonia to leave Spain. But using the judges and the police with violence against the people who want to vote this gives to understand that it is a very complicated subject. We'll see what happens.
It's a matter of time.

I hope they reach an agreement for SPAIN.

I regret the image we are giving all over the world. Not everything is sangria, fast trains and good roads.
The killing of bulls in a square, which neither understand and do not share, is another example and is part of the traditions and changes we have to take. 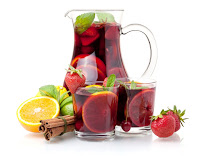